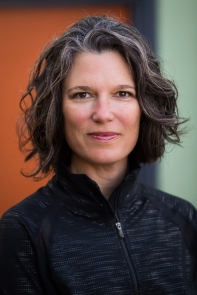 Meredith May  is an award-winning journalist and fifth-generation beekeeper. She has written three memoirs and a children’s book.

Her latest memoir, LOVING EDIE: How a Dog Afraid of Everything Taught Me To Be Brave, was published in April 2022 by HarperCollins/Park Row Books.

Her 2019 memoir, THE HONEY BUS (HarperCollins/Park Row Books) reveals the life lessons she learned in her grandfather’s Big Sur bee yard that rescued her from a difficult childhood. The book has been published in eighteen countries and translated into eleven languages. She wrote a children’s picture book version of her story titled, MY HIVE, which will be published by Cameron Kids/Abrams Books in 2024.

Her 2017 book: I, WHO DID NOT DIE, tells the true story of an Iranian child soldier who refused to be violent and risked his life to save an enemy fighter during the Iran-Iraq War.

During her sixteen-year career at the San Francisco Chronicle, her reporting won the PEN USA Literary Award for Journalism, the Casey Medal for Meritorious Journalism, and first place feature writing awards from the Society of Professional Journalists and the Associated Press. Her series about an Iraqi boy wounded during the second Gulf War was shortlisted for the Pulitzer Prize.

Meredith is a former professor of  journalism and podcasting at Mills College in Oakland, CA. She lives in Carmel Valley where she spends her time writing, beekeeping, and volunteering for the Monterey Bay Aquarium as a scuba diver.